Perhaps the favorite application of music theory in piano instruction is the teaching of I, IV and V7 chords in that familiar cluster surrounding the root-position I chord. This aspect of piano pedagogy is a guiding concept for Level 2B of Piano Adventures® and the corresponding ChordTime® Piano series.
This simple chord formula is favored for good reason: 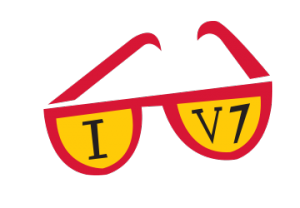 The earlier levels of Piano Adventures® work with a two-note V7 chord that lies readily under the hand. This allows for easy and rapid switching between I and V7 chords. Using the more common three-note V7 chord at early levels can sabotage the student’s rhythm at the bar line because of the difficult shift of finger five. In contrast, a two-note V7 chord allows the student to maintain rhythmic fluency and, importantly, the musicality of a flowing meter.

It is not enough merely to read the notes of a chord, or even to recognize the notes as a chord. A student needs to understand the role of chords in accompanying a melody. So, immediately after introducing the three-note V7, we present a two-hand accompaniment for Camptown Races with the melody displayed on a third staff. This “piano/vocal” score provides much insight for the student: conceptualization of melody and accompaniment, the utility of I and V harmonies, the concept of chord progression, and exposure to ensemble playing.

With each new key (C, G, and F), chord patterns are presented under the heading “Reading Chord Symbols.”  After the student blocks the chords, have him or her play an accompaniment that follows the given chord progression.

The teacher can draw bar lines between the chord symbols (see above) to show a chord chart more specifically.
Time spent listening, memorizing, and transposing these chord progressions is time well spent. Then, let your student loose to create melodies and various accompaniment patterns based on the chord progressions.  The creative questions that end each unit will provide nudges toward such work. For most students, though, you’ll want to push the creative activities even more. It’s amazing how much similarity there is among chord progressions, and how much value is derived from working them over and over.

The hip, barrelhouse LH of Boxcar Rumble reinforces the 6th and hints at an alternating I‑IV pattern. You might revisit this piece after the IV chord is learned, adding the omitted chord tones to the LH pattern. For a somewhat easier variation, repeat each chord before changing harmony. You’ll still want to play a chord on every beat, but the harmonic rhythm slows to a change of chords every two beats instead of every beat.

The entire level is designed to achieve beauty and efficiency by playing several notes with a single gesture. This is applied specifically to left-hand accompaniments through a combination of “drop” and “up” touches.

Students typically recognize chords on the staff only when notes are stacked in thirds. I call this the “snowman chord” syndrome. Our goal is to tip the chord over so that a harmony is recognized when it spans horizontally across the measure and vertically over both treble and bass clefs. The first tool in this perceptual transformation is the Cross-Hand Arpeggio, which distributes chord tones over several measures and between clefs. The skill continues to be sharpened as the student moves through the higher levels of Piano Adventures®.
Whether we synthesize accompaniments from a given chord pattern as in Reading Chord Symbols, or we analyze to find chord patterns in an otherwise complex piece, primary chords provide a common denominator to which we can relate aurally, visually, and kinesthetically. The power of primary chords is in their simplicity. And, as a watchword for both the student and professional artist, “Always look for the simplicity.”