We’ve all seen an occasional precocious student move up the levels with impressive speed. We regard this speedy progress through the method as a reliable predictor of future success… and we are thus seduced. The high-numbered level makes the teacher look good and the parent beam with pride. So we tend to push students, hoping to see nine-year old Erin in Level 4, or ten-year-old Jason playing Für Elise.
But the actual variable that predicted success with a fast-moving student is the ease with which the student moved up the levels—an exceptional capacity in some students that makes it possible to progress quickly. A teacher’s push to get there fast does not itself predict success. Indeed, it can backfire.
The fast track can leave knowledge gaps, feelings of uncertainty, and may insidiously undermine technical and musical development even when the student is apparently keeping pace with the decoding of notation. It is important to understand that a student’s level of advancement and speed of advancement are not the measures of good teaching. A better measure is how much the student knows and how much the student can do at his or her current level—regardless of what level that may be.

The late-elementary student must absorb and apply knowledge of note reading, rhythmic notation, chord structures, and musical expression—all while grappling with the physical mechanics of hand shape, arm weight, finger coordination, and wrist relaxation. At the same time, the student is expected to be listening—indeed hearing—what he/she is playing, evaluating sounds as they pass in time, and adjusting to the idealized sound envisioned in the mind’s ear.
This is not going to happen readily and does not happen fast. Knowledge needs review so that it will endure in long-term memory and be readily accessed. Skills need practice so that they become automatized—played without conscious attention. Review and repetition, then, become operational basics for the piano teacher. We consolidate knowledge with fastidious review while we steadily move forward. We consolidate skills by practicing what the student can do well instead of practicing incorrect playing. We use repetition to make well-executed skills become automatic, freeing attention for new challenges.

What happens if we move the student into difficult repertoire too soon? We lose the opportunity for review and repetition. Familiar concepts are buried in a complex setting and thus overlooked, instead of reviewed. New concepts are encountered that the student does not and cannot yet understand. Old skills do not become automatic. Instead, they are skipped through before they are developed and eventually are buried under an accumulation of hidden physical tensions and habits.
Because this danger becomes acute at the intermediate level, the role of Piano Adventures® Level 3A becomes clear:

We tend to think of a method as the means to introduce new material. In light of the above discussion, let’s instead reframe the role of Piano Adventures®. The method provides a structure that both prevents premature advancement and promotes adequate review and practice. The goal is not to get out of the method as soon as possible; the goal is to fully employ the method to yield sufficient review for retention and sufficient practice to develop deep-rooted skills. The method is more than a bridge to the literature; the method is an engine for deep learning along the way. 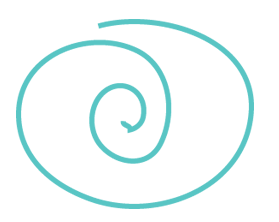 Instructional pacing should routinely dip back to review concepts already learned before adding new instruction. When we cue the recall of earlier concepts before adding something new, we help our students integrate the new knowledge, instead of just accumulating unrelated facts.
Jerome Bruner coined the term “spiral curriculum” to describe this instructional process of review. Each time a concept is revisited, it is clarified for more precise understanding or amplified for broader application. The key point here is the necessity for review—to keep coming back to principal concepts and enriching them with expanded knowledge and application. This idea of a spiral curriculum is designed into the theory, technique, and repertoire of Level 3A.

The primary chords (I, IV, V7) that characterize Level 2B are reviewed in Unit 1, then explored in expanded contexts: with syncopation, with expressive articulations, and using Alberti Bass.
The interval of a 7th is introduced by highlighting its notational similarity to 3rds and 5ths, all notated as line-to-line or space-to-space.
The chromatic scale builds on the half-step presentation at Level 2A, expanding the chromatic fragments to the full octave.
Simple binary form introduced at the beginning of Level 3A expands to ABA; then, by the end of the level, to ABA with both Introduction and Coda.

The carefully sequenced handling of the wrist in the Technique & Artistry Books reaches a culmination at Level 3A with the Round-Off. The Thumb Perch at the Primer Level established the wrist height. The Wrist Float-Off at Level 1 established the range of wrist motion. Levels 2A and 2B established the slur gesture. The Round-Off at Level 3A refines the phrase ending, adding polish to both sound
and gesture.
Rotation, an important Technique Secret at Level 3A, incorporates a throwing of arm weight with rebound, thus building on the Arm Weight secret taught at both the Primer and 2B levels.
The “pedal by ear” secret, Pedal Rhythms, builds on the connected pedaling technique secret of Level 2B, now requiring the student to depress the damper pedal more quickly—on the “and” of the beat, and asking for more careful listening. Pedaling is approached in stages throughout Piano Adventures®: holding the pedal throughout a piece at the Primer and Level 1, up-down pedal notation at Level 2A, connected pedal at Level 2B, and more refined pedaling at Level 3A.
There is a continuing progression toward playing multiple notes in a single gesture. The three-note slur of Painter’s Brush Stroke at Level 2B expands to 5‑Note Scoops in
Level 3A, and even to the playing of a full one-octave scale in a single gesture (8‑Note Scoops). Notice how expression is developed through gesture.

We want our students to develop a depth of skill … and this takes time. With the leveling, 2A-2B, 3A-3B, the student feels a sense of accomplishment by graduating from one book to the next, but doesn’t encounter too much difficulty too soon.
The FunTime® Piano series also offers an opportunity to consolidate skill, through familiar tunes in a variety of musical styles. A teacher can harness this series to adjust the method pacing. We frequently put a student through several FunTime® books, one at a time, before moving up to Level 4 or BigTime® Piano. Students often discover a favorite musical style while becoming increasingly comfortable with the process of reading music.

Yes, we maintain high aspirations for our students. But instead of being concerned about speedy progress up the levels, we should focus our teaching on developing depth and breadth at the student’s current level.
The payoff is not just in the student’s future success, with the ease in which repertoire will be mastered. There is payoff here and now. Theory comprehension isn’t deferred until advanced study, but occurs with each piece at the current level. Artistry is not postponed for later piano literature. Artistic playing can be heard now—in the next piece your student plays.